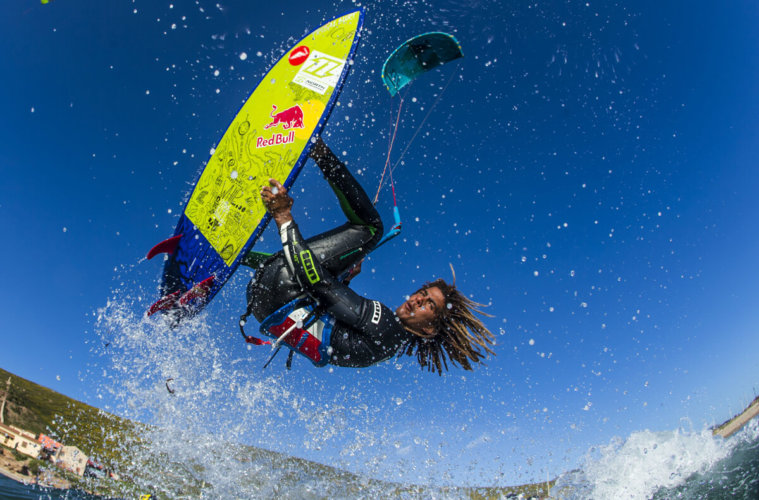 Meet Airton Cozzolino, Kitesurfing KSP Wave World Champion of 2011 who is competing amongst the best of the best in the GKA Kitesurf World Tour, being an inspiration in freestyle strapless kitesurfing.

Originally from Cape Verde, Airton started skimboarding with only 4 years old and got into bodyboarding when he was 6 years old, which is when his love for surfing started. In 2004 he met his adoptive father Libero, with whom he moved to Sardegna, Italy – spending the summers in Italy and the winters in Cape Verde when he’s not traveling around the world for competitions.

Check out the interview here as a video or as a transcript below:

You started surfing when you were 6 years old and then got into kiting when you were 10 years old. How did your dad convince you to start kitesurfing and how does the surfing still influence your kiting today?

Airton: Yeah, when I was younger, like 6 years old, I was surfing already. Because where I live it’s near to the ocean, my house is just a few steps away. I didn’t go much to school just because I was surfing. My father, he has a school in Cabo Verde, too, and I had the possibility to start the kiting. I started before but didn’t like it as much because I was into surfing a lot.
But then I gave it a try again in 2006 and after that my dream was to become world champion. Yeah and I did that and that was an amazing thing in my life. 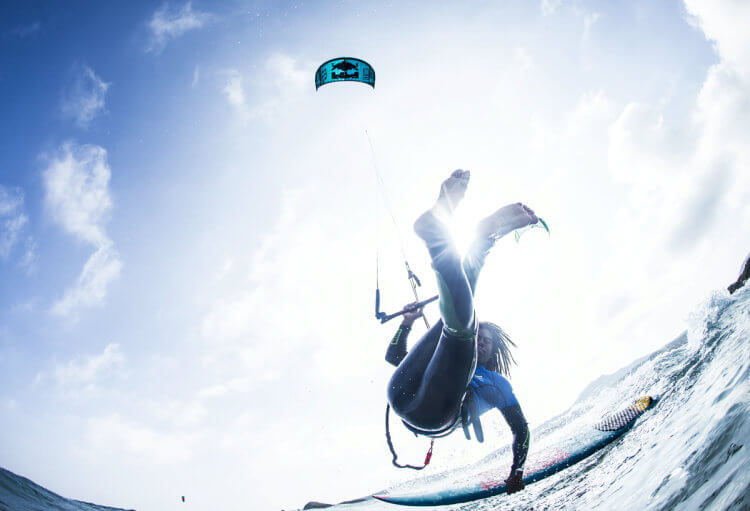 Do you have any habits that you think make you so successful and how do you combine the kitesurfing, training for competitions and working?

Airton: The hard work pays off all the time, I go to the gym, too, I have a personal trainer – that trains me for my competitions but also when I’m not competing. Because when we do strapless, the big jumps and this kind of stuff, the landing is super hard so you have to train a lot.
During my day I kite pretty much every day and if there’s no wind I go surf some waves. And if there are no waves I just chill with friends or whatever.

And if you want to progress, do you have some tips for our readers how you motivate yourself to progress?

“To get motivated? Get out on the water every day, even when the conditions are not perfect. Get in the water and train, that’s the main thing!” 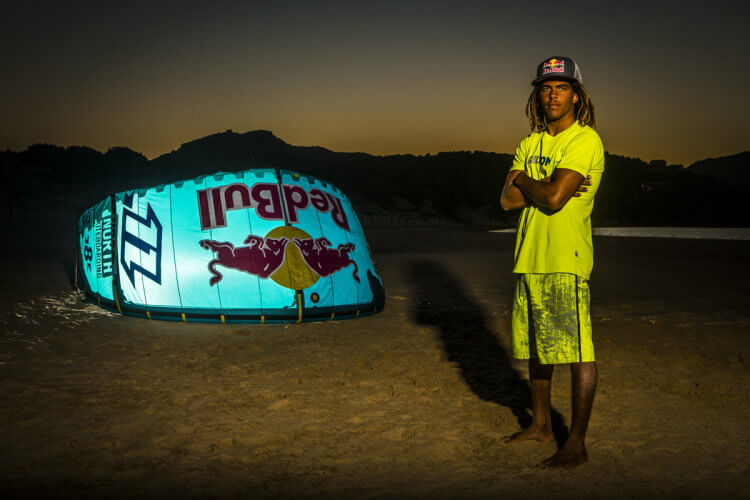 If you compare Cape Verde to Sardegna with the kite vibe, what do you like most about both spots?

Airton: In Cabo Verde the condition is always better. Sardegna, to be in Italy, the food is amazing, it’s a lot of things I love there, especially Italian food. I have a lot of friends there, too. But it’s nothing compared to home, Cabo Verde, you know? It’s where everything started!

What’s your favorite spot in the world for you, if you could go anywhere and had all the money, where would you go?

Airton: For me: Mauritius! After Cabo Verde, that’s for sure! Cabo Verde is my most favorite spot in the world but after this, if I had to take a plane and go on a trip,  I’d really go to Mauritius.

Do you have a life philosophy or a motto that always keeps you going? Something that you follow, your own guideline?

Airton: I don’t know, the wind, the waves.. That’s the only thing I follow I think.. I follow my inspirations, my goals.

Airton: The strapless discipline is super small right now but in the last 3 years it has been getting so big, with a lot of people that threw the straps or the twin tip away.
And now it’s like a big change, in Italy, too! All my friends ride strapless, wherever I go to train I see a lot of people riding strapless. So this event (GKA strapless world cup Ed. note) helps, too, because a lot of people get motivated. I think it’s getting bigger, bigger and bigger in the future.

If somebody says now: Ok I want to change to strapless from freestyle – do you have a tip for our readers how to get into it easily?

Airton: Yeah, take your board whatever your board is – it’s not going to change so much in the beginning. The thing is, go for it. The first steps are easy because you have nothing on your feet, you just go. But when you start to jump it get more difficult so maybe go on a trip where you can do a coaching. A coaching is so important! Cause if you go yourself and are training yourself it will be harder because you’re not going to do it well. And then you’re going to need much longer to learn. So the first step is give it a try with a coach and then go for it, go big!

> Do you want more inspiration on strapless freestyle kitesurfing?

Check out the interviews with Mitu Monteiro, Jan Marcos Riveras and Marie Gautron

> Do you want to go to Dakhla yourself?

Check out the detailed Spot Guide on Dakhla.